Cybersecurity issues are more relevant today than ever. Cyber security has long existed under other names, for example, cryptology and cryptography, from the Greek words “hidden” and “written.”

Cyber security is the use of ciphers to protect messages. A cipher is a key to reading data. The most famous is the Caesar cipher, which consists of shifting letters alphabetically by a certain number. For example, if you want to write

The package will be under the willow tree.

But at the same time, you do not want someone outside to read this message, you shift each letter, for example, by three alphabetically, and you get a meaningless phrase

Dealing with this cipher is quite simple. The combination “wkh” appears twice, and “the” is one of the most frequently used words in the English language. Comparing the position of these letters in the alphabet, we can find the key to deciphering the entire phrase.

Why should cybersecurity be studied?

According to Forbes, in 2017, 88 personal records were stolen every second. Digital technologies are developing very fast, our whole life is riddled with them, and the methods of safe data storage do not keep up with this pace.

Tests conducted in the USA showed that the password could be decrypted in a few seconds, while a careless user has not even changed some after the factory default settings.

The programs used for this were easily accessible on the Internet; some of them could scan the device from a distance and disable it.

Cyber security – not only measures to ensure the safety of data, but also a growing field of activity. According to official, that is, the most conservative, estimates of the growth in the number of jobs like networking, telecom, cyber security job in this area in the United States – 37% per year. The payment for even entry-level cyber security salary is $ 10,000 higher than the national average, and for employees of higher qualification it can be $ 500,000.

Cyber security is a diverse and dynamic set of professions: software security systems developer, database security analyst, security director. Professionals in these areas are in high demand in the labor market.

This site uses Akismet to reduce spam. Learn how your comment data is processed. 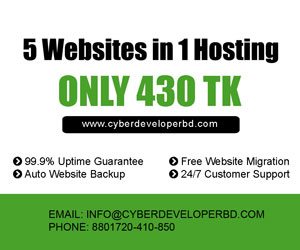